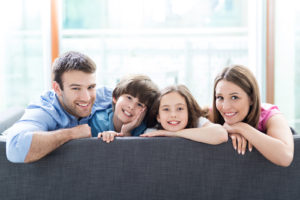 Protect your Family with a home security system from Rendin Alarm Company!

Typically people are away from their homes at this time.  Weekdays especially.  Home occupants are typically either at work or at school during this time.  You may think it’s brazen, but it is actually easier in many cases for a burglar.  Very often they live nearby and know the area’s traffic patterns, home owners’ tendencies and who is going where and when.

Each year, there are over 2.2 million burglaries in the US, which means that every 15 seconds, a burglary is committed. Home burglaries account for 70% of these crimes and typically spike during the summer months (July and August have the highest number of home burglaries). The majority of burglaries don’t involve violence or the use of a weapon, but victims can still feel traumatized for months after a break-in, not only for the loss of their property but the uneasy feeling that a criminal was in their home and the fear that he or she may return. Most “burglars” just want to break into your home, find something of value and get out as quickly as they can. In fact, the timeframe within which a burglary is committed is between 90 seconds and 12 minutes, according to the FBI! But the typical commission time is between 8 and 10 minutes.

The average dollar loss from a burglary in the United States is just over $2,000, and the most common items stolen include cash, jewelry, guns, drugs and small electronics (such as I-pads, smart phones, I-pods, etc.). These items can be carried away easily, immediately used by the criminal and/or fenced to another criminal or to a pawn shop; hence, their attractiveness to the bad guy. Because most burglaries are not witnessed and many burglars don’t leave behind fingerprints or other physical evidence, the average arrest rate for burglaries in the United States is only 13%. This means that if your home is broken into, the chances of recovering your stolen possessions or of the perpetrator doing time for the breakin are small.

The typical burglar lives within 2 miles of the victim, and, in fact may know the victim. This is one more reason to be careful about whom you let into your house.  Strangers who ask to use your bathroom or phone could be looking for valuable or casing your property for layout, alarms and dogs. Be mindful of questions you may be asked such as where do you work, do you have kids at home, do you have any pets, etc.  These could be innocent, but could also be part of a plan. Most burglars are male and are under 25 years of age (usually mid to late teens).  Most use ordinary household tools to break into a home including, screwdrivers, channel-lock pliers, small pry bars and hammers. Many times, they just use brute force to go through a door or window.

Call Rendin Alarm Company today at 610-544-5755 to set up a consultation and see how easy it is to protect your Family – Your most valuable asset!  or email us at RAC@rendinalarm.com

WE HERE AT RENDIN ALARM COMPANY HOPE THIS FINDS EVERYONE SAFE AND HEALTHY, DURING THESE DIFFICULT TIMES. LIFE SAFETY AND SECURITY ARE AN ESSENTIAL BUSINESS IN A NORMAL WORLD, WHICH MAKES IT OF THE UPMOST IMPORTANCE DURING THESE TRYING TIMES. RENDIN ALARM IS HERE TO ANSWER ANY QUESTIONS YOU MAY HAVE CONCERNING YOUR COMMERCIAL-RESIDENTIAL FIRE AND BURGLAR ALARM SYSTEMS. OUR RESPONSE TEAM IS HERE 24HRS 7 DAYS A WEEK. TO SHARE SOME WORDS OF COMFORT AND OPTIMISM, IT'S MOMENTS LIKE THESE THAT WILL MAKE NORMALCY BE WORTH CHERISHING WHEN WE RETURN TO IT. BE WELL AND TAKE CARE OF YOUR LOVED ONES. RENDIN ALARM FAMILY